“To empower our Dine’ People”

“To develop a progressive self-sustaining community with strong and ethical leadership that is able to nurture the health and well-being of its residents, economy, environment and infrastructure.” 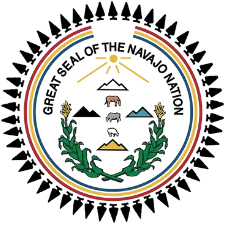 The fertile farming land attracted people to move in and start farming in the vicinity of the Cornfields community during the 1940’s. It was due to abundant production of corn that the community was called “Cornfields”. However, the Navajo name is K’iiltsoiitah, meaning “ among the rabbit brush”.

The Cornfields Chapter is one of 110 recognized chapters of the Navajo Nation and is located in the southeastern portion of the Navajo Nation, within Apache County. The community of Cornfields has an estimated population of 1600 people. The Chapter serves as an information center for the community, as well as, an administrative office which monitors community development projects for the residents. The Cornfields Chapter conducts monthly meetings to keep residents informed and meetings are a means to express their opinions or decide on matters concerning their community.

The community is generally isolated with the nearest commercial outlet at least ten (10) miles away. Due to the remoteness of the chapter and the community, there is a lack of jobs. Majority of the people still rely on livestock and farming for subsistence. The few people who have jobs commute out of the community. The local officials are looking at the Local Governance Initiative as a means of attracting commercial and industrial development and to create jobs for the community. The chapter is in the process of creating the policy statement, which may guide new efforts for the Cornfields Chapter self-determination.

The Local Chapter became a LGA certified chapter on July 14, 2010. The Chapter is now in the process of developing an alternative form of government and also, obtained recognition as a non-profit, 501(c)3 organization.

The Cornfields Chapter Land Use Plan was approved and certified by the TCDC in June 2005, it was updated in November 2010. The CLUP Committee is actively meeting each month to address land use issues.